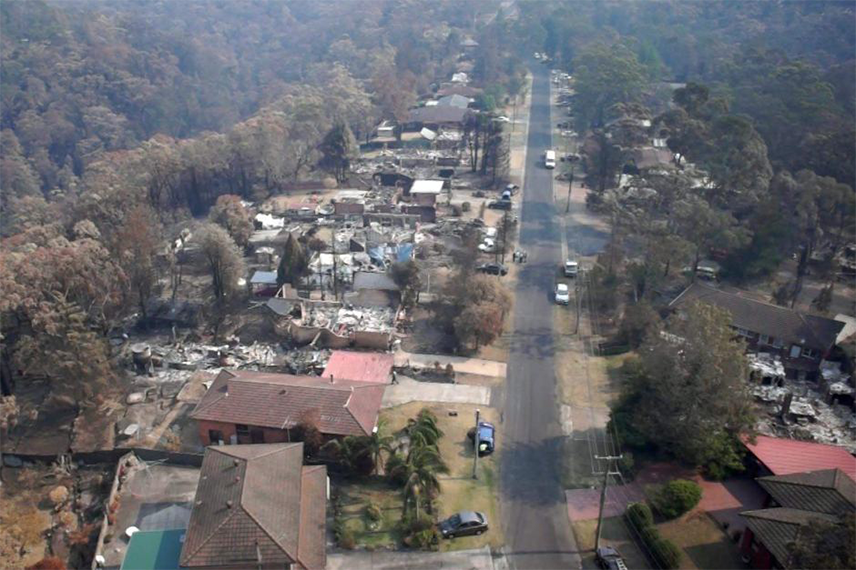 The disastrous bushfire that destroyed the town of Yarloop has brought into sharp focus the danger that exists for several towns in the south-west part of Western Australia. Towns at risk include Collie, Margaret River, Donnybrook and Denmark. All these are completely or partially surrounded by forested land where maintenance of low fuel levels to protect the towns has not been adequately addressed.

What is needed, urgently in some cases, is a program of regular prescribed burning in a coordinated way in forest on all land tenures around the town. In some places other methods of fuel control may be used, but essentially it is regular planned fuel reduction burning that is the solution. In general, a low fuel zone about 3km deep is necessary to provide an effective barrier against a major bushfire. By regular prescribed burning we mean about every 5 years in Jarrah-Marri forest.

Carrying out such burns is difficult from a number of aspects. The forested land is generally overstocked with small sized trees as a result of regeneration after past timber harvesting. These dense stands accumulate fuel rapidly, making burning more hazardous and it is difficult to manage the smoke from burns close to residential areas. Achieving the necessary planning and coordination across the different land tenures is also often difficult.

However, if the forest is thinned to remove many of the small sized trees, the burning operation is greatly facilitated and the smoke density is much reduced. If the forest is just thinned, the gain is only temporary since the removed stems coppice strongly (re-shoot from stumps) and the forest rapidly recovers its former density. Control of the coppice is essential to maintain the forest in a more open condition.

A new technique has been developed that enables regular and safe fuel reduction burning in such situations. It is mechanical harvesting of many of the small trees with a machine that fells a tree and at the same time delivers a shot of herbicide onto the cut stump. This effectively controls the coppice. Thinning is followed by a mild intensity burn, which also regenerates the understory flora. The best trees having been retained, the result is an open and attractive forest in which bushfires can be easily controlled, thus protecting adjoining residential areas.

Here is an example of a recent trial of the new technique.

In this trial area, the whole area has been thinned, while the left hand side has had the coppice controlled. The dense coppice on the right hand side shows how the bush naturally recovers very quickly. 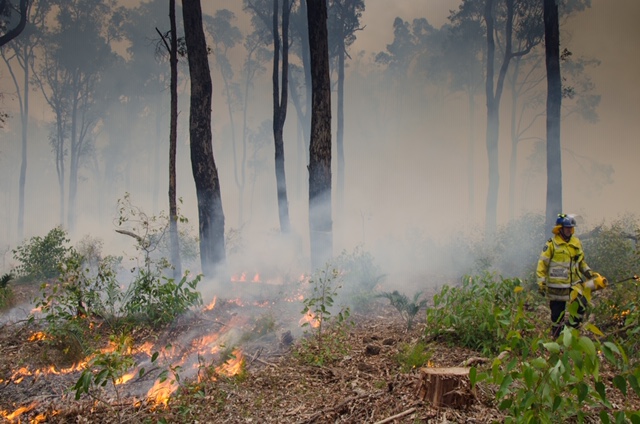 The process produces a large quantity of small sized woody material that is chipped. This currently has a limited market in Western Australia.

This bushfire mitigation thinning technique has been shown in trials to be very successful, But it is not cheap. If all the produce can be marketed the trials have shown that it can be cost neutral, i.e., it can pay for itself. So we have a viable technique that will provide the necessary barrier against a Yarloop type disaster in some major south-west towns.

So why aren’t we doing it?

The problem is that local markets for the sort of material that comes from such a thinning operation is very limited. The solution is to export it to overseas markets, where there is currently strong demand for chipped woody material. But, we can’t do it because the State Government will not permit this chipped material to be exported. The reason given by Government is that such an operation is “ not in line with community attitudes”. What they mean is that urban attitudes, based on emotive propaganda by green activists, is preventing us from making our rural towns safer from bushfires (as well as providing some more rural jobs).

In other words, rural towns, and many rural people, are being put at risk by Perth people who can sit back and feel good from their “community attitudes”, while not in any way being threatened themselves from bushfires.