The Importance of Reducing Fuel Loadings

Much of the vegetated areas between Cape Naturaliste and Cape Leeuwin are carrying long unburnt and very heavy fuels which in the event of a bushfire will produce fast moving and high intensity fire behaviour. There is much the land owner can do to reduce the hazards and fire intensity on their property making it safer during a bushfire.

Certain bylaws have legislative requirements that land owners must observe, namely the establishment and maintenance of vegetation and fuels within the Building Protection Zone (BPZ) around their dwelling. This is clearly described in the City of Busselton ‘Annual Firebreak Notice’ which comes with your rate notice or is available on request at the City of Busselton.

This primarily involves the maintenance of ‘ground fuels’ (leaves, small twigs etc) at less than 2 tonnes per ha (hectare) and managing the density of trees and shrubs:

In many cases on large bush properties even a 25m Building Protection Zone will not provide sufficient protection during a bushfire event if the fuels outside the zone exceed 8 tonnes per ha. Jarrah and Marri forest litter may reach 8 tonnes per ha in six or less years, especially if Marri Canker is present which causes Marri trees to shed leaves at an accelerated rate.

The best and most practical method of fuel reduction over large (2ha and above) properties is by ‘prescribed’ low intensity burning. If you own the fuel you own the responsibility. This MUST only be undertaken:

The safest time is generally in late autumn or early winter after at least 50mm of rain when the chance of an ‘escape’ is minimal. In a carefully planned and executed burn, the fuel moisture and lighting method ensures the fire behaviour produces flames of less than 0.5m high, with slow rates of spread (.i.e. 25m per hour), consuming 6 tonnes or so per ha, with minimal scorch.

Conversely, a midsummer bushfire at the same site (with low fuel moisture and strong, dry and hot winds) may have flames of 5 to 10m high, burn with rates of spread over 250m per hour and consume 20 tonnes per ha. Under those conditions, control of such fires would be very difficult, very hazardous to fire fighters, threaten lives and probably cause significant property loss, similar to the Roleystone/Kelmscott fires in 2011.

Some people think that burning is not an appropriate practice. But if an area has not been burnt for many years the heat from a bushfire may cause significant damage or death to trees and habitats, versus negligible, if any, damage from a low intensity burn.

The Cape will not be safe from a potentially serious and devastating bushfire until broad scale fuel reduction burning is (sensibly) practiced. There is a very simple choice, reduce your fuels or risk destructive bushfires.

This is an area on the Ridge where John carried out a fuel reduction burn. 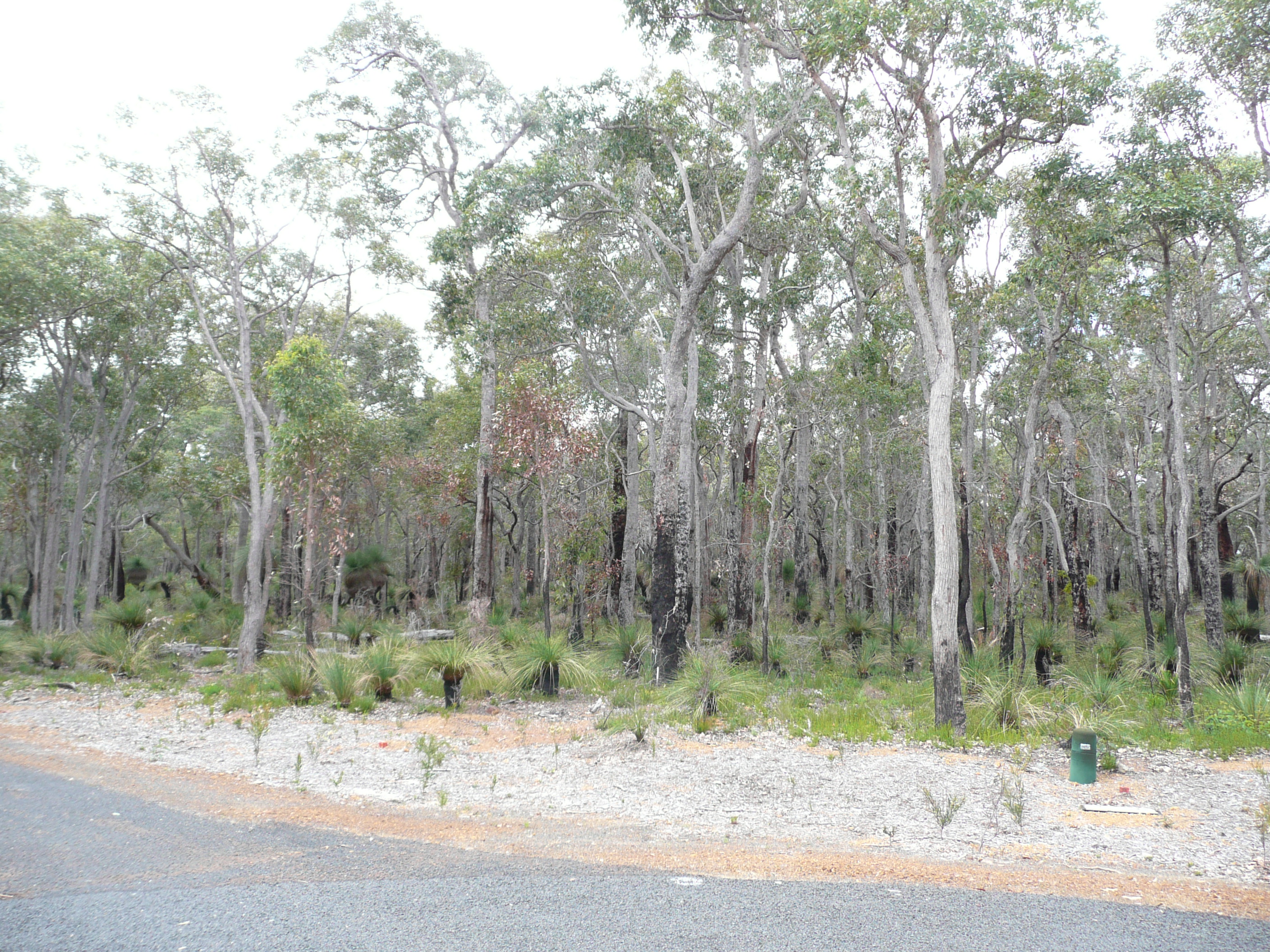 Major changes in fuel management are required in some parts of the Ridge. The houses below have been built among highly inflammable Ti-tree vegetation and are vulnerable to complete incineration. 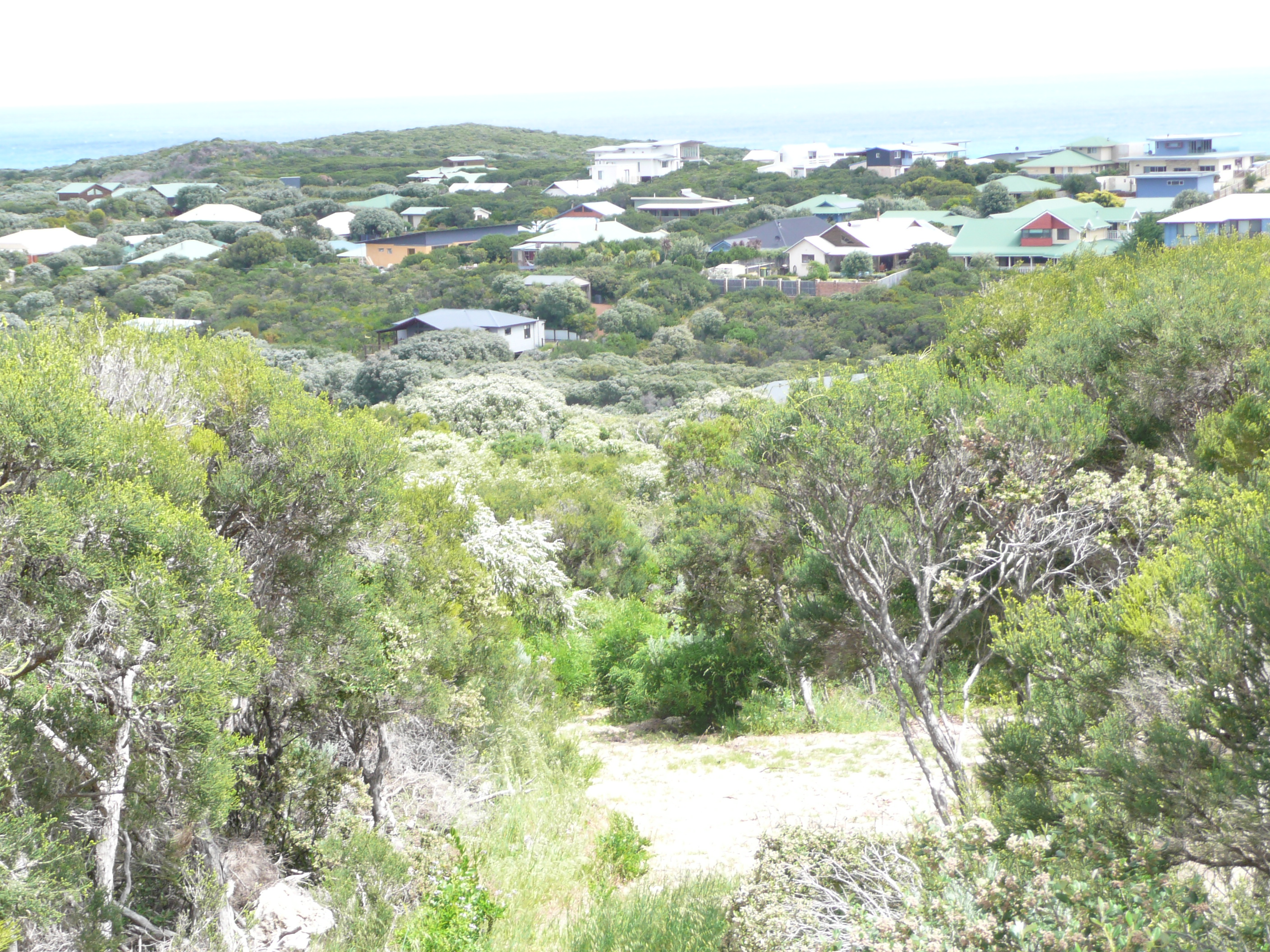