The comparison of two bushfires in the Perth Hills that occurred 13 years apart, demonstrates the benefits of prescribed burning and the need to consider the safety of our drinking water catchments.

Many Perth residents would remember the afternoon of Saturday 15 January 2005 when smoke and ash from a bushfire burning in Perth’s hills blanketed much of the metropolitan area. The fire was started by an arsonist who lit separate fires in dense bush, which were fuelled by strong easterly winds. By the time crews arrived, the fire was burning through the tree crowns, causing total defoliation, and embers were spotting well ahead of the headfire. Under these conditions, attack on the headfire was too dangerous and aerial suppression was ineffective. On 18 January lightning struck to the east of the main fire starting another one. Then, on 19 January, the two fires joined and threatened the Mundaring community. It also threatened Pickering Brook, Karragullen, Araluen, Roleystone and Darlington. 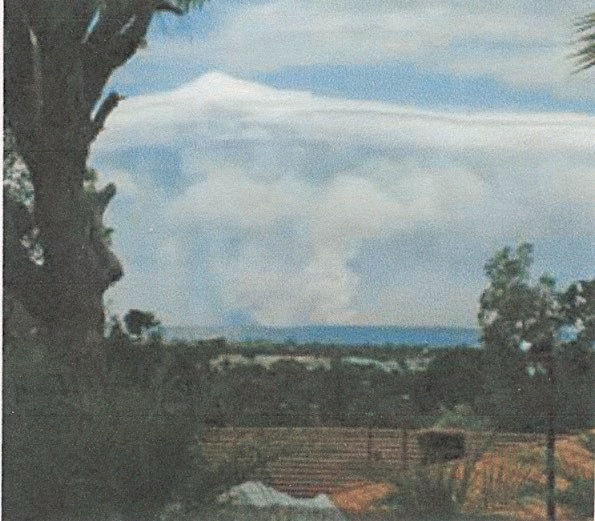 Figure 1. A plume of smoke blanketed Perth for several days in 2005.

For five days, more than 1500 personnel from the former CALM, Forest Products Commission, and former FESA, volunteer bushfire brigades and contractors worked tirelessly to contain the bushfire. It was finally controlled once the headfire had reached 10 forest blocks where fuel loads had been reduced by prescribed burning in the three years prior, as part of CALM’s prescribed burning program. By the time it was contained, the fire had burnt through 27,000 hectares of jarrah and wandoo forest on three water-supply catchments. Amazingly, and thanks to the location of recently prescribed burnt areas, no homes were lost, but several sheds and orchards sustained damage. And, while no lives were lost, a number of firefighters were injured. The smoke from the bushfire persisted over the city for seven days and the mop-up took another week.

Lessons learnt from bushfires in Sydney and Canberra indicated the potential for this bushfire to affect the quality of Perth’s water supply. The potential impacts were identified as short- term increases in surface run off and yield; increased water cloudiness and colour; increased organic material leading to a decrease in oxygen; release of nutrients; and altered surface soil properties. In the Mundaring Catchment, areas adjacent to the reservoir and a large area of steep land in the Darkin River sub-catchment were burnt by very high-intensity bushfire.

As Mundaring is one of the main water sources to the Goldfields and agricultural region (and at that time water treatment was chlorination and fluoridation), minimising the impacts was important and land and water managers successfully implemented a range of remedial actions before winter rains to minimise any possible influence on water quality. The Water Corporation also funded data collection and research.

Data showed that waterflow doubled but also that 500 tonnes of soil were deposited in the streambed of the Little Darkin River, only one of many streams that feed into Mundaring Weir that were affected by the bushfire. Ash and silt can disrupt the effectiveness of chlorination treatment, which is essential for maintaining water quality. However, the turbidity plume was managed through in-stream dosing and so the water quality of Mundaring was unaffected. As a result, there was no influence on the treatment process or provision of safe drinking quality water to the Goldfields and agricultural water supply. Data also showed that terrestrial and aquatic biodiversity was significantly impaired and between 1.5 and 2.3 million trees were killed, many of which were large fauna habitat trees.

A STEP IN TIME

Fast forward 13 years and history appeared to be repeating itself. On Sunday 14 January 2018 Perth residents experienced what some described as ‘apocalyptic’ conditions as a bushfire that was burning from two ignition points in the hills blanketed the city in smoke. An arsonist had struck again, and the bushfire was burning in heavy fuel loads and was being exacerbated by strong easterly winds.

Since 2005, there has been a substantial increase in areas that have been prescribed burnt in this catchment – since 2013 approximately 60,000 hectares has been prescribed burned. Thanks to a number of these strategically located areas of reduced fuel age, the bushfire was contained to 4000 hectares when the headfire and southern flank of the bushfire ran into bush burnt within the last three years. Once it reached there it stopped abruptly and was able to be easily contained by ground crews. 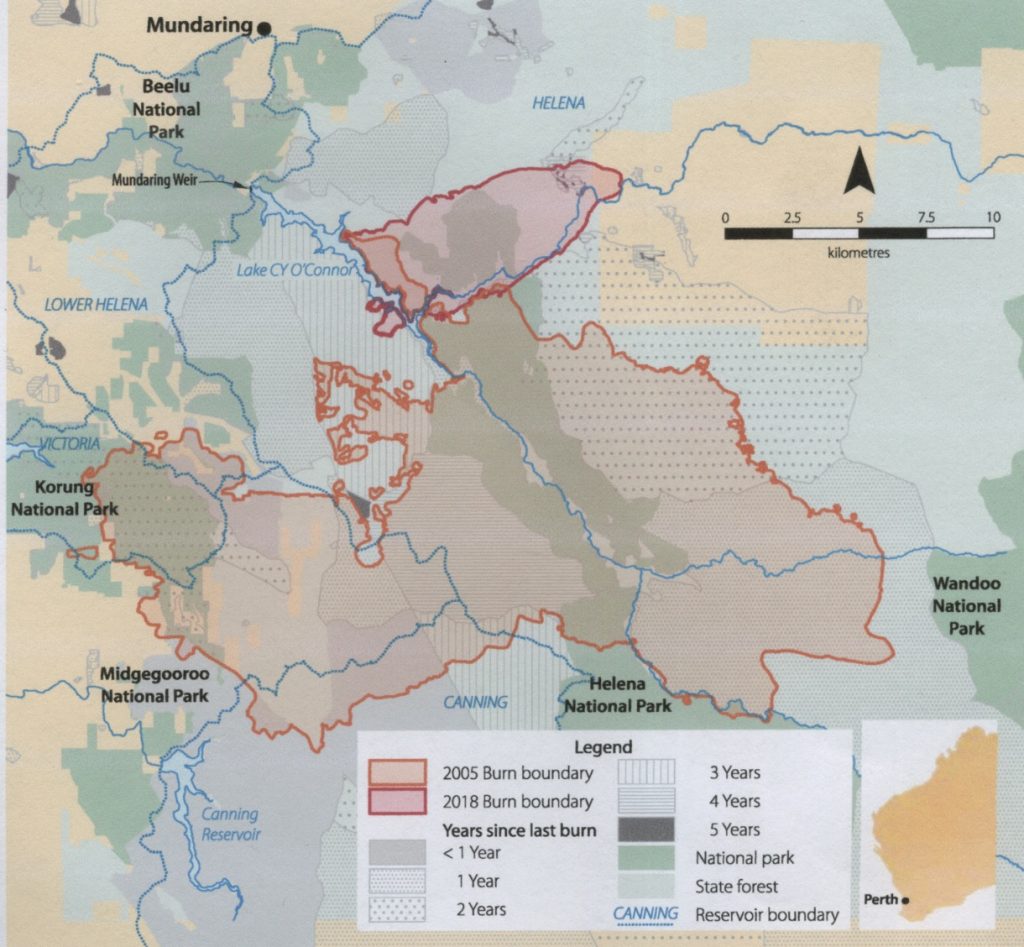 However, the challenges did not stop when the flames went out. The day after the fire, more than 100 millimetres of rain fell in the Perth hills as a low pressure system passed over Perth. The rain fell on bare soil, which fortunately did not cause any serious erosion and sediment to run off into the streams and water bodies. Investigation is underway to assess and implement necessary mitigation measures in key areas before the winter rains.

While measures can be taken to remediate the effects of bushfire damage, these events highlight the invaluable role prescribed burning plays in containing hot, destructive bushfires in the first place. And in areas such as the Perth hills, where population numbers are ever-increasing and the water catchments are the lifeline to many other parts of the State, it is more important than ever.

Adapted from an article by Frank Batini and Michael Pasotti in Landscope, Autumn 2018.