Fifty Years On From the 1961 Fire Season

The year 1961 was a year of fire disasters in Western Australia. Luckily no lives were lost, but several towns were burnt and large areas of forest severely damaged. The experiences of the people involved at the time are a valuable reminder of what can easily happen again and have been described in a new book published by the Bushfire Front – Tempered by Fire.

The disasters did, however, result in great improvements in forest fire management, both in suppression capacity and fuel management. Bush fire legislation was also modernised and a more systematic approach to fire management on both public and private land was developed. The lessons from that time are still relevant today, as recounted in our second subpage.

To commemorate the 50th anniversary of the disastrous 1961 fire season in Western Australia, the Bushfire Front has published an anthology of personal stories of the people who were involved at the time. The book was officially launched at the January 23 Dwellingup Fire Reunion Picnic by Senator Chris Back and a copy of his speech is attached in our first subpage. The Picnic was held at the Dwellingup sportsground where so many took refuge when the town burned.

The summer of 1961 in Western Australia was hot and dry, punctuated by lightning and cyclonic windstorms.

Bushfires razed four towns and devastated hundreds of thousands of hectares of forests and farmland.

Now the people who fought these fires, were forced to flee from them, or who lost everything in their path, tell their stories.

Their memories are vivid and recapture the drama and tragedy of the fires.

Tempered by Fire is an anthology of stories written by people who were at the bushfire front in January, February and March 1961: the year Western Australia burned. 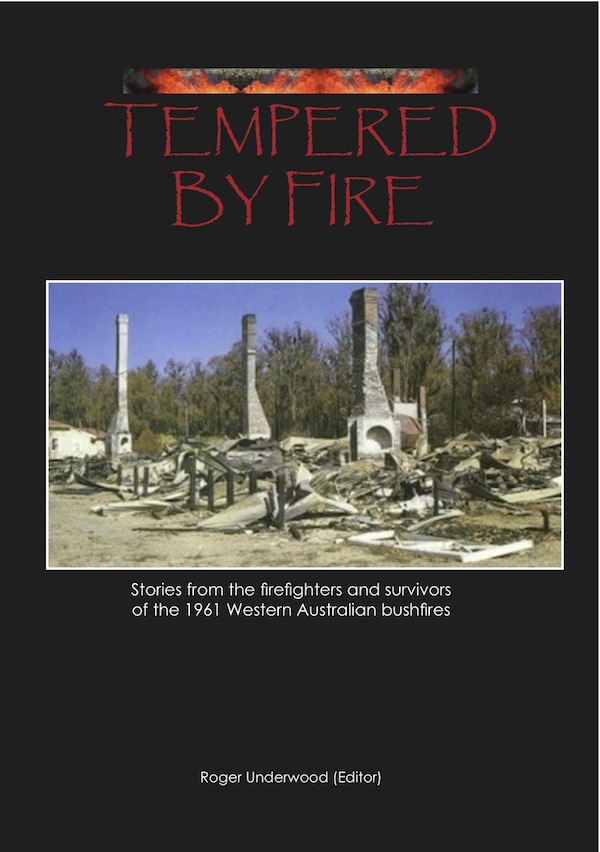 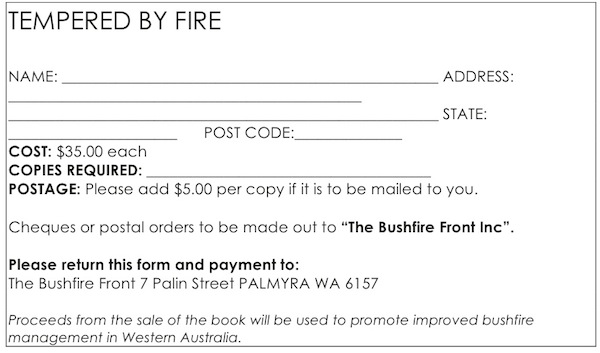 Tempered by Fire was reviewed in the West Weekend newspaper on 5 February 2011 by Robert Drewe. 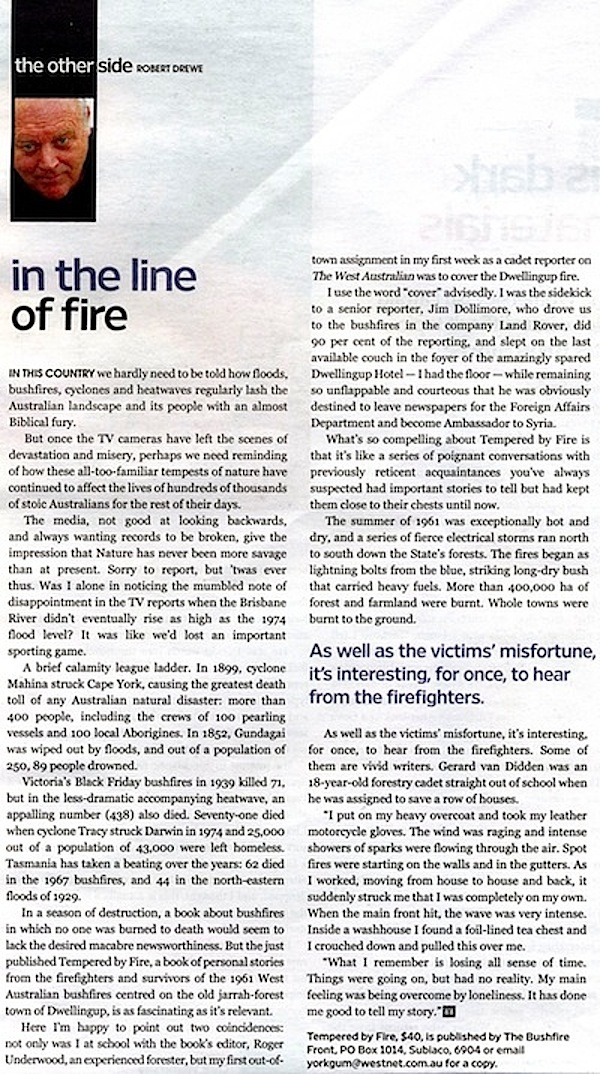