Forty years ago in April 1978, Cyclone Alby brought one of Western Australia’s worst storm and bushfire crises to the South-west and Great Southern regions. Both were severely hit. Five lives were lost in the storm and dozens injured. Hundreds of houses were burned down or damaged, thousands of hectares of farms were burnt, stock killed and orchards and plantations smashed. The entire region was paralysed as roads were blocked by fallen trees and power lines. Power and telephones were out for up to a week.

At the time, few people imagined that a Category 5 Tropical Cyclone would ever hit the South-west and the community was caught entirely by surprise.

A newly published book by forester and Bushfire Front Chairman Roger Underwood is the first to undertake a thorough analysis of the event. What happened and why, what were the impacts and costs? What are the lessons for the future? 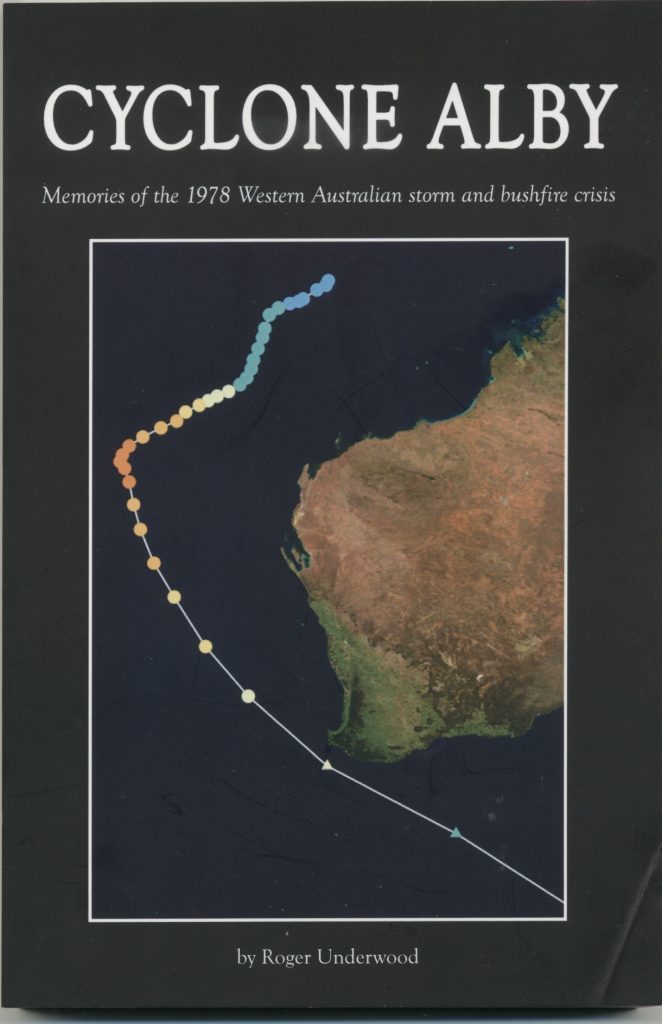 A highlight of the book is nearly 100 first-hand stories from people who were caught up in the storm and the bushfires. Many of the stories tell of fearsome experiences near Bridgetown, Manjimup, Nannup and Pemberton. As well as the terror and heartbreak, there were many amazing rescues and near-death experiences.

Roger Underwood was caught up in the event, as he was the Fire Controller at Manjimup during the crisis. But he still finds the stories in the book inspiring. “They tell of the courage, resilience, bushmanship, sheer guts and even the grim humour of rural West Australians who suddenly found themselves facing a chaos of storm and fire”. He particularly valued the stories of the incredible bravery of the nurses, ambos, and vollies, but said that he had a special place in his memory for the forestry officers and crews who carried the brunt of the firefighting under near-impossible conditions.

Mr Underwood said that it is essential that events like Cyclone Alby are remembered and recorded and that personal memories are not forgotten. “Even more important” he said “is not to forget the lessons learned so that we can do better if another Cyclone Alby hits”.

The book is called Cyclone Alby – memories of the 1978 Western Australian storm and bushfire crisis. Copies are available from The Bushfire Front (email: yorkgum@westnet.com.au)