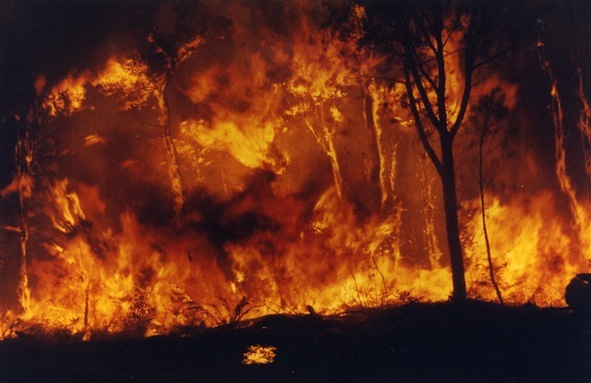 This post is a summary of an article published in the journal Quadrant by Bushfire Front Chairman Roger Underwood.

The full article can be seen at :https://quadrant.org.au/opinion/doomed-planet/2020/11/the-flaming-idiocy-of-yet-another-bushfire-panel/

The Royal Commission into the 2019/20 bushfire disasters is a disaster itself. The TOR were flawed for a start as they concentrated on processes, not outcomes. Then the makeup of the three Commissioners : a retired Air Force officer, a green academic and a lawyer was flawed. None had any personal experience in bushfire science, history, prevention, control or administration.

The Commission had many good submissions from people who knew a lot about fire management. They were ignored while vocal academics (most of whom had never been to a bushfire) had their views recognised. The Commission utterly failed to recognise that the single factor that exacerbated fire damage and made suppression more difficult was high fuel loads.

They had the reports of several previous national inquiries into bushfires, especially that into the 2009 Black Saturday Victorian disaster, but they did not consult or build on them.

While the Commissioners failed to interview known bushfire experts they talked to “fire chiefs”(virtually all from an urban fire suppression background), environmental activists and academic ecologists, with no stake in bushfire management outcomes.

Their report has tidied up a few administrative matters, but these hardly justified a Royal Commission.

The Commissioners appeared to be completely blind to the fact that the “climate change causes bushfires” position is not just flawed in terms of logic, science and history, it offers no solution to the current bushfire threat.

They also fell into the trap of thinking that more and bigger water bombers would be the answer, overlooking the fact that the existing water bomber fleet was of little value in the 2020 fires.

There were many operational issues that contributed to the disaster, but the essential fact is that the deadly combination of drought, heavy fuel loads and vulnerable, ill-prepared communities meant that the disaster was inevitable.

In short, the Royal Commission was a waste of time and money. If implemented by governments, it will take Australia no further forward in the prevention of future bushfire disasters. On the contrary it will make them inevitable.