Although people living in urban areas may think that they have no concern about bushfires, there is, in fact, a very real threat to them, as Canberra residents discovered in their 2003 fire disaster. Who could forget the graphic TV scenes of the fire raging through suburbs and householders being overwhelmed by showers of burning embers? 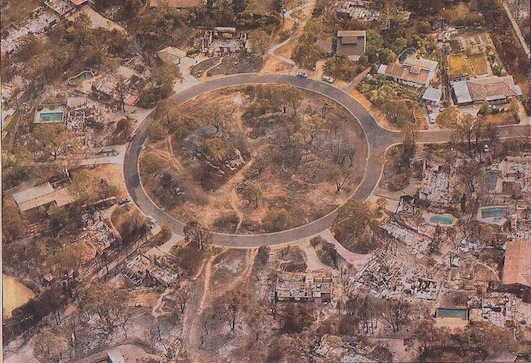 Part of the urban damage in the Canberra bushfire 2003

There are many bushland patches scattered throughout urban areas, especially in places that have been developed in the last 30 years or so, as planning rules obligated developers to leave a proportion of the area in a natural state. These patches of bush are quietly accumulating fuel that, when ignited, can pose a real threat to life and property.

Here’s an example of such an urban bushfire in Busselton in February 2010. You can see by the flame height that this fire was very intense indeed. 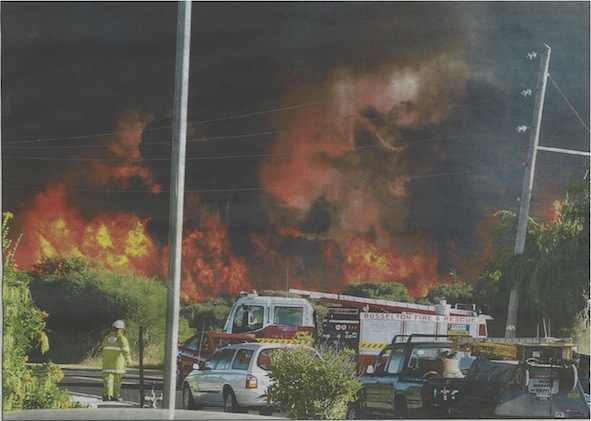 Concern is sometimes expressed that these urban bushland reserves are vital for the conservation of biodiversity and should not be touched by fuel reduction burning. However, when they are burnt in a high intensity summer wildfire, as they surely will, any conservation values they might have had will go up in smoke. The real fact is, such urban remnants have little or no value for biodiversity conservation and retaining them for that purpose is an impractical dream. They make some people feel good, but they have really have no long term future.

Unfortunately, these bush patches are not managed at all. They need to be actively managed to keep them in a low fuel state. This does not mean a scorched earth approach. Depending on the size of the reserves it may be prescribe burnt under mild conditions in patches so that there is a range of fuel ages and the amount of smoke produced is minimised.

An active approach to management of these urban remnants would also focus on control of invasive weeds, which have adverse effects on fire behaviour and the native flora and fauna that can survive in these areas.

The Bushfire Front believes Shire Councils should have their own trained crews to manage these bushland reserves, just as they tend parks and gardens. These crews could carry out fuel reduction burns and control invasive weeds, and also provide a weekday bushfire attack capability when vollies are generally not available at short notice.