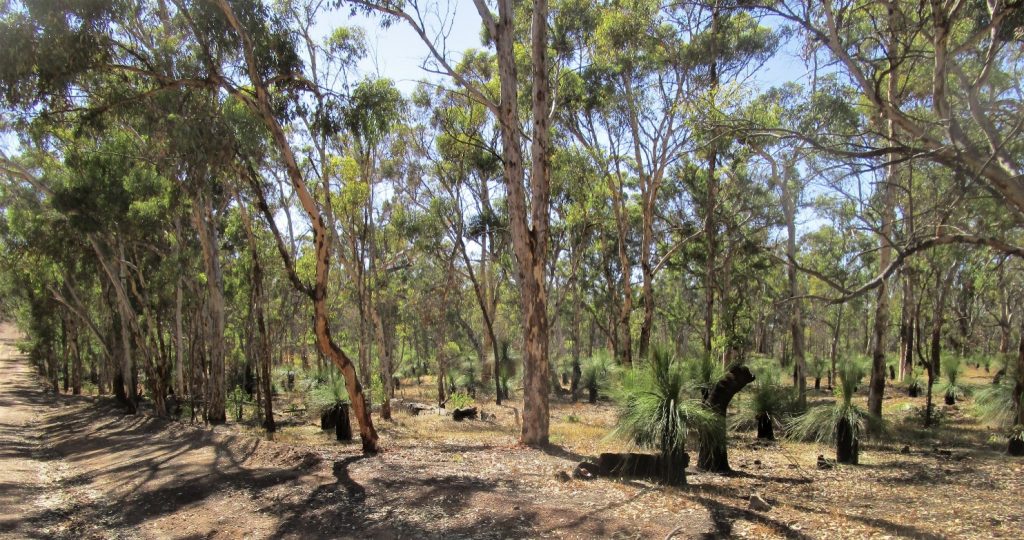 In March 2021 I was on a field trip into the wandoo forest of the Helena catchment, when I came across Parks and Wildlife staff just commencing an aerial burn.  I stopped to have a look and a chat. Having once been District Manager at Mundaring, I knew the country, and I still knew some of the staff (although they were the sons of the men with whom I had worked).

I took some photographs and made a small video of the scene.

Driving up to York the other day I decided to take the scenic route via West Talbot Road, and this took me past the area that had been burned  in that aerial burn 12 months previously.  I stopped again, located the photo points and took two new pictures.

The time sequences demonstrate quite nicely the recovery of the area after the burn – of course, there is nothing new about any of this to experienced bushmen, but it would probably be  a revelation to those who are convinced  (or who promote the idea) that prescribed burning destroys the forest and all that lives within it.

Wandering about in the bush, two other things were interesting. There has been one leaf-fall since the burn. This would be the leaves shed over the current summer – wandoo, like all eucalypts sheds its old leaves in mid-summer. These old leaves lie scattered on the forest floor, never more than one leaf deep.

The second was to observe the recovery of the fauna. The trees and the air were full of birds, there were bees in the blossom wherever there was a marri tree, and kangaroos were everywhere, relishing the new young shoots. The open grassy areas had been grazed down to nice lawn.

From the point of view of fuel reduction, the most significant impact of the prescribed burn has been the removal of grass tree skirts. Grass trees are prolific in these forests and, when long unburnt, each plant carries a mass of bushfire fuel in the form of the dead fronds in the skirt. The burn has not cleaned up all the grass trees, probably 90% in the area I inspected, so some old grass tree habitat remains, but those burned  have regenerated wonderfully and are the greenest and healthiest I have seen for years.

Photos taken at the junction of West Talbot Rd and Helena Rd:

Photos  taken just north of the junction of Helena and West Talbot Rd: