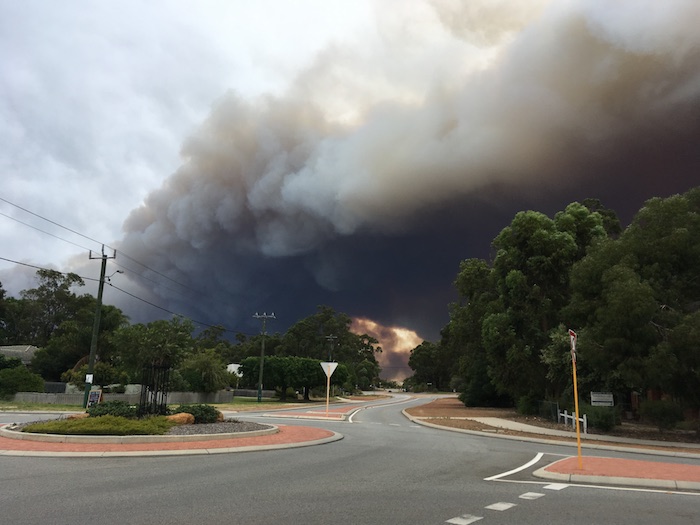 It’s the beginning of October and two predictable things have occurred:

The Parks and Wildlife burning program is a crucially important part of bushfire management in the State and needs strong support from all sectors of the community, not just those living in rural areas who are threatened by bushfires. The value of broad scale fuel reduction burning in Western Australian forests has been amply demonstrated over many years. It ensures that bushfires that do occur (and they always will) are easily, cheaply and safely controlled before doing any significant damage.

Speakers at a recent symposium at the University of Western Australia gave vent to a number of academic opinions decrying the whole idea of fuel reduction burning, except in narrow (and therefore in practice useless) belts around urban areas. It is deplorable that academics with no practical bushfire experience, and no accountability for bushfire outcomes, should presume to pronounce on these life and death matters.

A good example of the usual warnings was a report in The Australian newspaper on 30 September 2019 predicting another severe fire season in eastern States and in Western Australia, with special mention of the Perth Hills region. The Bushfire Front has been drawing attention to the vulnerability of the Hills for nearly 15 years. The two main problems are the lack of fuel reduction burning on land managed by local governments and the lack of adequate preparation on private properties.

Is there a severe fire season ahead? Of course there is. Every fire season in Western Australia is severe, some more so than others, and this has always been the case. This is why it is so important to be prepared and mitigate the damage that bushfires can cause by controlling fuel loads. While mowing and other methods are useful in small areas, low intensity fuel reduction burns are the main method of controlling fuel loads.

It is notable that very little burning is taking place on the large area of forested land scattered through the Hills for which local governments are responsible . Almost all the burning on these areas and on forested private land is carried out by volunteer bush fire brigades. These are people who do a great job but cannot do any burning during the week as they have jobs to attend to. They have only the weekends when they are able to carry out any vital fuel reduction burning, so most of the weather suitable for burning is wasted.

This is a woeful situation that local governments continue to ignore. Everybody knows that fuel loads in the Hills are very high. Yet they still just go about their business ignoring the gravity of the bushfire management issue. The issue is so important that in the springtime, the best time of the year for fuel reduction burning, local governments should redirect the efforts of their considerable staff resources to doing the necessary burning themselves. They should drop everything else and concentrate all their efforts on bushfire management in this brief period of suitable weather.

What could be more important than protecting the lives and property of their ratepayers?